The Clones had gotten good, fast, and they'd found handlers with sympathy instead of sadism . . . they'd been working in quads with a handler for three days.

It was time to fire up Portal Three.

He sent a message to Evgeny to set it up.

He drove himself, leaving Pauli on guard at the Novilov's. "Thirteen seems quite rational, but keep an eye on him. My main worry is either the Bureaus or the Inquistioners making a move on Ark, or another member of the family. Yell for help if you need it, and remember that big dome shield. I'll be at least an hour away."

He stopped and picked up a cold box, filled it with drinks and sandwiches, then headed for Portal Three.

Evgeny had the crate with the helmets, and Manager Shura Krupin was running around getting the accumulaters charged up for the initial pulse that would open the portal.

If the kids can do it!

"Well . . . let's see where we can best set up." Axel wandered into the control room and got glared at.

"We don't have a Portalmaker, and there's no new tech that can change that." The man sitting huffily by the "coffin" where, traditionally, the Portal maker would spend the rest of his life being prodded and shocked to make the Portals the Alliance depended on.

"We'll see." Axel felt for densities . . . solid below, but a reasonable sized room above.

He walked back out, looked up. No direct egress . . . He looked over at the manager. "I need to look upstairs, at the space above the control room."

Manager Krupin poked the man following him. "Keep an eye open down here. I'll be right back."

A door at the end opposite the big truck entrance let out onto a hall, and there were stairs up to offices . . . and an unmarked door beyond the lavs, that let onto the space, filled with boxes.

The manger was already tapping at his phone. Sighed. "The men are on the way. This shit should be in the basement. Paper archives, God knows why."

Axel nodded. "A world-wide power outage is probably not going to require a search of years-out-of-date files."

Krupin nodded. "So, what do you need in here?"

"A square table for four. Four chairs. Today the kids just observing can sit on the floor." Axel eyed the man. "I noticed rather a lot of trucks out there."

"We're getting desperate. If 'The Kids' can open a Portal, we'll send very needed supplies through." His glare dared Axel to say something.

Axel nodded. "Siberia Max is not self sufficient. One reason we're eager to get this new tech in place and working. Let's go downstairs and talk to people while they're moving boxes."

Back in the big bay, he looked around at the people running around . . . "Besides your Flag Man, it might be a good idea to have people in spatter suits standing by, who can jump through to let the other side know you're rolling trucks, and might be able to hold the gate long enough for return traffic, and pick up a list of necessities, possibly to be delivered tomorrow."

Then into the control room to locate the right connections . . .

"Get out of there! Only certified techs are allowed to . . ." The indignant techie shut up when Axel glowered at him.

"Let me get you a copy of all of the authorizations." He grabbed his comp and snycronized with the nearest non-controls computer. "The first one is the research permit, specifically for Portal Techniques. The second is the local authorization to impliment. The third--please note that it is signed by three Inquisitoners--for this specific technique, and since you are concerned, here are three of my certs that ought to cover pretty much everything I'm going to do to and with your Portal machinery. Please note that I am a licenced Portal Operator, as well as being certified to fiddle with the stuff behind the controls."

They retreated, baffled while he located the connection, verified that it was the standard Ninety-six F, and started molding a route upward through the cabinetry. Which had them huffing indignantly . . . as he looked up and opened the right sized slot in the ceiling.

He stifled a grin at their disbelieving expressions and popped upstairs.

The boxes had disappeared, and a maid was trundling away with a vacuum. Two men standing by with table and chairs . . .

Otherwise, a long narrow room, unfinished, the ceiling slanting down enough to make him mind his head on the right side, and now with a little slot in the floor on the leftside, three fourths of the way down the room.

The windows on the right had sliding sections, so ventilation wouldn't be a problem. Only two electrical outlets.

Evgeny joined him, his young assistant on his heels, toting the helmet crate.They all hung back and waited until all the workers were gone, then walked in.

Axel nodded. "If this works, a carpet, comfy chairs," Axel looked over his shoulder and grinned at Manager Krupin. "for a little break room. Maybe a little fridge and a coffee maker . . ."

Axel snickered. "Most of them are legit. I'm terminally curious and being a completeist have amassed a ridiculous number of credentials." He grabbed the crate and hauled it in to his slot.

Fed the connector and the wide ribbon down the slot. Then headed down to plug it in.

Where a tech with an electrical kit was frowning at the dangling connector.

Axel nodded to him. "All I'm doing with swapping connectors. Bog standard. The stuff on the other end is proprietory." He pulled the ribbon down to give him the slack he needed. Fed the connedtor thrugh the slot he'd made at the back to the cabinet and duck under to unplug the old and plug in the new."If you have any of that wide tape, go ahead and stick the ribbon to the wall . . . well, wait until today's test. Who knows? You might be rid of us that quickly."

Krupin snorted. "It looked good without the Portal, so what more do you need? Your teams have arrived."

"Excellent, why don't you bring the rings up to standby and I'll organize things upstairs."

The kids were trying to study the helmets without actually touching them.

"My, what obedient children!" He grinned and pulled a helmet out of the crate. "Observe the six little posts. Note that they are not sharp, and that they will hit the wearer right where a traditional Portalmaker has implants. They are adjustable, by twisting in or out these handy tabs on the outside. The ribbons lead to this box, which collects what it gets from all four of the team, which, because you are in a merge, is already closely matched, bashes it all together and sends it out on this one ribbon which," pointing down the hole, "connects exactly like the single Portalmaker was connected to the potal machinery."

He looked around. "We'll start with Team One. Nikita, you'll take the north position, Khristofor, Ivan, Yuli. Put the helmets on, wiggle them around a bit to get them mostly on scalp, not hair, and we'll adjust them. Team Two, sit on the floor on the other side, Team Three this side.

"Observe. You'll have your opportunity.

"Handlers? Come and help adjust the helmets. The lights by each tab are red yellow green and blue. Blues twist counter-clockwise until they turn green, reds and yellow clockwise."

The kids were already reaching out to each other mentally and even before they had everyone in the green, the junction box was showing high correlation and a strong signal.

"Don't do anything yet!" Axel looked around, "We need better communications, and maybe a window so we can see what's going on with the portal." Axel frowned at the wall. "Manager Krupin? Would you mind if I put a hole in your wall?" He trailed his fingers along . . . metal I-bar, all concrete, another I-bar . . .

A faint whimper. "Can't that wait until we had a successful test?"

"We're about ready for the first test. Bring down the arms and bring the power up to about . . . Manager Krupin, am I correct that you need about thirty percent to stablize the initial settings? And where do you want this gate to go to?"

"If," a sigh over the speaker, "This insanity works, Tier Five Athens Alive."

The Portal Operator grimaced. "Marc, bring down the arms, Shell, bring up the power to thirty percent." He opened a locked cabinet and pulled out a thick plastic card three inches by four. Transparrent apart from the tiny chip at one end and "Athens Alive" in red letters at the other.

The imprinted codes for each world, each on its own "key card" and only the keys for Worlds this facility is licenced open a portal to will be here.

It slid into a slot on the board

He watched the arms lowering into position, and backed up as close as he could get to the stairs . . . nothing alarming happening . . . He bolted upstairs and took a deep breath.

The kids were quiet, merged, looking at the inbetween. Axel sank in, barely touching the merge :: So, can you see the direction they are preparing to send the portal? :: 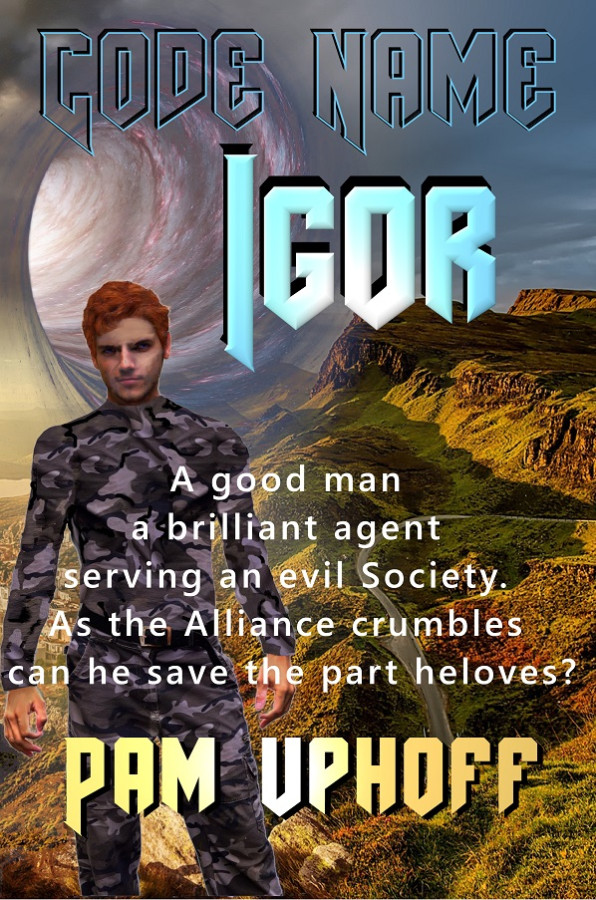