The title of Senior Investigator sat uneasily on Idlo Withione's conscious. He'd started as an analyst, followed a respected boss into Presidential Security, stayed through a change of presidents and directors, and then into internal espionage and investigation. He felt naked, having transferred to the External Directorate a month ago. And undercover with an Agricultural Agent?

Izzo had grinned at his expression. "Idlo, you know the Fallen. There's a gate out there somewhere, and people coming through. I need you to look over all the travelers and spot the ones we need to pay attention to."

"All the travelers." Idlo looked out the window at the muddy street. Tannay was the largest town in the district. Population three thousand. Two hundred and thirty nine little tribal villages tucked away in valleys along the coast brought the population close to fifty thousand. The villages traded among themselves, and sold grain and livestock to the town dwellers. A few enterprising Oners had opened larger farms and built the docks for the fishing vessels. The world exported high quality seafood. Huge crabs and lobsters, salmon, long extinct on the home World. Tuna, swordfish. Other regions exported other things. Tropical fruit from down south. This hothouse world had lots and lots of both tropics and deserts. Only up here at the high latitudes was the climate bearable.

The population was growing, these days, with the corridor to Gate Town making transport of frozen fish easy.

The natives were the descendants of the northern Amerindians, Siberian and Baltic tribes, their world having split off from the main line early in the Holocene when a large meteor struck Central America and associated faulting had opened a waterway between Atlantic and Pacific Oceans. This had triggered a warm period, and a retreat of the ice caps. Raised water levels had swamped the Suez barrier, and the altered ocean circulation had caused further warming, and the complete loss of arctic ice. Between the meteor and the climate change, only a few small populations of northern people had survived to contribute to the modern population.

Here on the coast of Alaska, any people from Comet Fall should stand out like a beacon. They'd have the wrong skin tones and lighter hair than any Natives. They’d be taller, with perfect teeth. But darker skin than any of the baltics who were here, trading. They'd look, to the Natives, like Oners. And, to most Oners, like Oners. Idlo had known Endi Dewulfe for several months before the revelation of his Comet Fall origins. He'd spent time on Embassy, and met all the Comet Fall embassy staff both there and on One World. The differences were subtle, mostly a matter of body language, movement and attitude. Apart from their One Damned perfect teeth, it was quite subtle.

He turned as he heard the clumping footfalls of his temporary superior.

"So, ready for your tour of the countryside?" Obsi Neartuone was a cheerful man, heavy with both muscle and fat. The District Agricultural Agent. "We'll be delivering all the fertilizer and pesticides, stop and talk to people, see what problems they're having."

"Do they have many?" Idlo followed him down to the back of the warehouse, where the trucks were being loaded.

"Not recently. When we first moved in, we displaced a lot of people. Bad planning. A lot of malnutrition as we limited their access to the coast here, and other tribes failed to welcome all the strangers. They wound up pushed back across the mountains into the worst farmland, and even the stream fishing was poor. They were more hunters and fishers than agriculturalists. That's why you're here. The displaced tribes won't cooperate, and understandably since apparently, now that we've noticed, the smugglers traded food for gold and gems, brought livestock, seed grain, fertilizers and pesticides, medicine. Did you read the report? No malaria on the far side of the mountains over the last decade."

Idlo frowned. "If it's Comet Fall, I'm surprised they did anything so easily spotted."

"I suspect it's criminals, myself." Obsi waved Idlo toward one of the trucks. "We'll find out, and hopefully do a good job of replacing them."

The four men loading the trucks tossed the last bags in and closed up the backs. Two of them were Halfers, the mixing grounds of Oner and Multitude, the non-magical people of the Home World. The others had the weathered reddish skin and black hair of the Natives. The four weren't just "muscle men," they were also agricultural students, working in the summer, and attending college in the winter as well as taking packaged computer classes they could work on whenever they had the time. They made Idlo feel old, and no doubt one of them would take the job he was pretending to fill, once they'd graduated. Idlo took the wheel of the designated truck, Obsi took the lead truck, and the Halfers drove the other two.

This trip - Obsi made one a week - they drove deep into the mountains, stopping twice to unload heavy sacks at tiny local stores. Obsi was recognized by everyone, and treated with respectful caution. The third stop was over the mountain pass and back down into warmer altitudes. The village was large enough to have two cross streets, and there was gravel under the spring runoff mud that covered most of the road. There were more children in sight, running and playing, and the storekeepers attitude was polite but skeptical. "As I said, we try your chemicals. Perhaps next years farmer will want more."

Not fluent, but perfectly understandable. And mostly English. He must have learned from a Oner, not Multitude, else there'd be more Arabic and Spanish.

Or the Kingdon of the West on Comet Fall.

They put up at a primitive hotel down the street, and ate what was supposed to be beef for dinner.

"Is that the only pass through the mountains?" Idlo tried to take his mind off the tough mouthful he was chewing.

"The only one for trucks. There's about three others that horses can take in the summer. By foot, or skis in the winter, a dozen more." Obsi shrugged. "The villages north of the mountains are isolated more by their own desire to be left alone than by actions of the One. Now. Once we pretty much ignored them, good, bad or disastrous."

"And disastrous is what they mostly remember?" Idlo winced at the thought. "That's going to make developing a good relationship now just a bit difficult."

Obsi nodded, looking out the window. "At least they do trade with us. By the Spring breakup in the pass, they've got a good idea of how much grain they need to carry over to the next harvest. They'll take the extra to Tannay where it'll get a good price."

Idlo half turned to watch the string of heavily laden pack horses being tied to railings by a pack a teenagers. There was nothing remarkable in either the boys or the horses. They all looked well fed and healthy, as did the older man dismounting from a sturdy bay gelding.

"Slow trip, on horseback." Idlo eyed the next bite of meat and decided he was tougher than it was.

"They sell the horses, too, and take the bus back. They make as much money on the horses as the grain. Especially now that they can corridor out to some of the more distant regions. The prices are highest out on the plains."

"They are good looking animals. Obviously not arabian, but still nice." Idlo frowned. How is it the near Arctic is raising horses to export to the plains? The reverse would make more sense. "They must put up a hell of a lot of hay for the winter."

"This isn't our type of Arctic. Even with the short days, there's grazing year round. Some of the local grasses grow head high during those long summer days, then dry standing up, and protect the shorter grasses under them from the worst of the drying winds. You won't believe the size of some of the vegetables they produce up here." Obsi smiled. "Give it a couple of months, you'll see."

Idlo smiled back and concealed a wince. I'd rather spot the spies sooner and get out of here!

The four youngsters looked cynically at him. They must know he wasn't an agricultural expert, but they hadn't asked. Or perhaps Obsi had briefed them, although he shouldn't have.

It was only a week before Urfa sent Fean off to find the Smuggler's gate to Comet Fall.

"And Earth, if they have one. That would be incredibly useful."

"You got it, Director." Fean was all grin as she headed out the door. 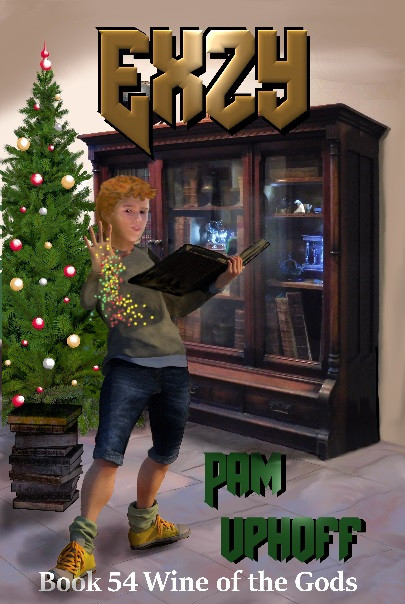