Ice sighed. "It looks like the kids have finally gotten cold. And I see that Rafail managed to stay reasonably dry, but Bob's been in at least waist deep. Shall we send everyone home for dry clothes?"

Animal snickered and followed him halfway to the dangerous water.

Back at the camp, he levitated a couple more houses, and shifted his two cabins to a lot no one else had claimed.

"The latrines, both old and new have spells on them. There's no residue." He looked around at the crowd, and shrugged. "But since no one else wants this lot, I'll take it."

Animal sniffed. "It's good. Can I have a loft?"

He laid out pipes and fittings, then ate dinner with everyone, kept an eye on Rafail . . . who seemed to be getting along well with everyone. Lada was in solid with the women, helping cook. Bob was fitting in too. Everyone was used to the Free Cyborgs, here.

Yuri walked up and sat across from him. "This is going to be a nice village, once we've got plumbing. Full of nice people."

Ice nodded. "Yeah. Even if Gior and I find our home, most of you may decide to stay here. You're the only person I was worried about, and you've changed alot, emotionally and mentally. And if we get back, you can get fixed up, physically. What those Comet Fall medical magicians can do is flat amazing."

"Yeah . . . so Gior says. But if I stop hurting, will I turn back into a typical Mentalist?" Yuri sighed. "It took nine weeks of you and Gior swatting me flat every time I transgressed, for me to . . . change my reactions.

Ice eyed him. "I suppose it depends on whether you want to revert to your old habits, or keep the friends you are starting to earn."

"Oh . . . I like this, I like the freedom. But I feel like an outsider, like the one who . . . doesn't deserve to be happy. Even when I hurt." He looked over at a group of women checking out Rafail's leg, worrying about it getting dirty.

"Rafail Rudolph Zarkov. Good God! His father put off the rejuvenation treatment for too long, trying for more sons, tougher, meaner sons. All his other kids were girls, you see. He was finally so old . . . he presented Rafail anyway. Brought Rafail early, two months before his eighteenth birthday, because his worst enemy was away. The other elders went easy on the boy, and he still barely passed.

"Lord Rudoph was so pleased, and went off for his treatments. But he'd waited too long. It killed him."

Ice winced. Frowned. "Why did he wait? For sons? Does the rejuvenation cause sterility?"

"Yes. It's genetic, and something like ninety percent of men are sterile, after."

"Yeah. And there's nice little Rafail, grossing out all the women."

"So I see." Ice rose and strode over to the bench, where Rafail was trying to look at his stump.

Ice eyed it. Five little bumps, on a smooth-skinned cone. "I've never seen a limb regrow, so I'm not sure."

"Yes. That wine I keep plying you with has been known to. Doesn't always work, but this looks like a good start. So, a beer a day, to feed the nano repair things, and we'll see how much it can do."

The girls looked around at the Cyborgs. Back to Ice.

"I've never heard of it being used on a Cyborg. Eventually . . . one of you may decide to give it a try."

Rafail eyed his stump. The cone twitched. He blinked back tears. "A beer a day. Right."

"Right." Ice looked over his shoulder at Yuri. "Magic lessons tomorrow, and then I'll show you guys how magic can be useful instead of harmful."

Ice started small. With Yuri and Bob . . . he looked over the rest of the group. "Ivan, come be the fourth man, for the first run, then we'll start switching people in and out."

"We need skin to skin contact for this. With two of you cybered, let's all put your right hands on the next guy's shoulder. Yuri, be careful. You are probably stronger than the other two."

They made a lumpy, untrusting circle, Ivan and Bob with early training, Yuri with advanced training in controlling people. Ice handed energy to Ivan, who passed it to Bob, who passed it to Yuri, and back to Ice. And around again, the power spreading out into a shining ring.

Shields down enough for a light merge, for the three younger men to see what he was doing. Ice reached out to the stretch of grass beside the pipes, and used the energy to scoop out a V-shaped trench.

Dumped the wedge of grass and soil to the side, and let the light merge go. Relaxed and stepped back as the others staggered away, eyeing the six meter trench and exchanging sidelong looks at each other.

"I had no idea he was that powerful." Yuri sounded a bit shaken.

"And he was working so hard to not use too much. Was he trying to not let us know?"

"Trying to not hurt us, I think." Bob straightened. "I need a drink."

Ice looked over at the watchers. "Fred? Greg? Rafail? Want to give it a try? Ladies? It works best in single sex groups. Ask Gior if she can work with you when she gets back."

Fred and Greg were pretty weak, totally untrained. Rafail was young but he had the basics and a lot of potential. The other boys had no training, and not much strength, but they tried hard and finished the trenching.

She shrugged. "So I decided to come back before they all found out."

Ice snickered. "If the Wine was in circulation, well three women to four men . . ."

"Oh, Misty wasn't the only woman to join in." Gior snickered, and looked down at her own no-longer flat belly. "Counting mine, there should be at least a dozen babies of the Prophets born next year."

Ice shook his head. "Depending on how many sets of twins happen? You know, we really ought to get home before your twins arrive."

"And umm," Ice tossed a look over his shoulder, "I wasn't sure, but there was something odd in the way some of the guys felt in a light merge. It was strongest in Ivan, who's a clone of a Gatemaker. So it could be their version of a dimensional ability. In a compass I may be able to help hunt for home."

"What about the girls?"

"I'm hoping you can try some triads and even if they can't give you any dimensional help, just more power and reach?" 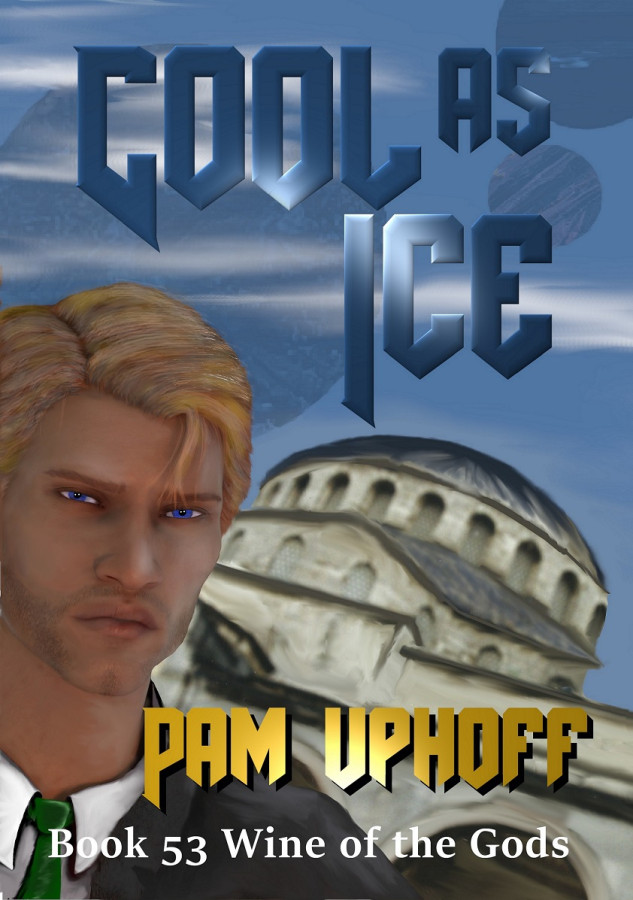