A morning long prowl of various eateries. Picking up comments, alarmed, or appalled. Apprehensive. The degree of prickliness, high.

I can't believe Afgu wants to cut off commerce like that! Connections to Embassy only through the Home World, and requiring permits? Tonight's snark from Ace is going to be well laced with horror.

He stopped dead, blinked and studied the woman sitting at the table outside a tea house.

He turned away, found a bit of shade, a tendril of vine hanging down . . . Enough to keep him unrecognized.

He leaned on the wall and watched his step-sister talk to a waitress.

Forced himself to pull out his comm and called Keiq. "Sorry to bother you at work, but I think I need to talk to Oljo. Can you look up his number?"

"Ice. Oljo, I have eyes on a spy from Earth. I don't know if this is your job or XR's, but I think I need to get wired before I approach her and find out what's going on."

"I didn't think you were still working for us."

"Heh. I've got you spotted, we'll be right there."

"In civilian garb, please. I think we need to follow her home and see if she brought friends along."

She was still eating when the Wrecking Crew arrived. Ice pointed her out and most of them strolled away. Oljo started unpacking micro things and pressing them onto Ice's clothing.

"And Real Soon Now you're going to tell me how you spotted her, right?"

"I suppose I should be reassured that it's not more of your Cyborg Juju, which no one ever explained to me either."

Ice grinned. "That was just an idiosyncrasy in my natural shields, probably because I'm part Tree, and/or maybe that Priest gene or something."

"Yeah. Because you're just so Tree." Oljo turned casually. "Looks like your target's finished lunch. Put this in your ear and move off a block that way. We'll team up on her and tell you where to accidentally encounter her."

Im not sure how many of the Ezxy stories I'll put together, but the cover's driving me up the wall. 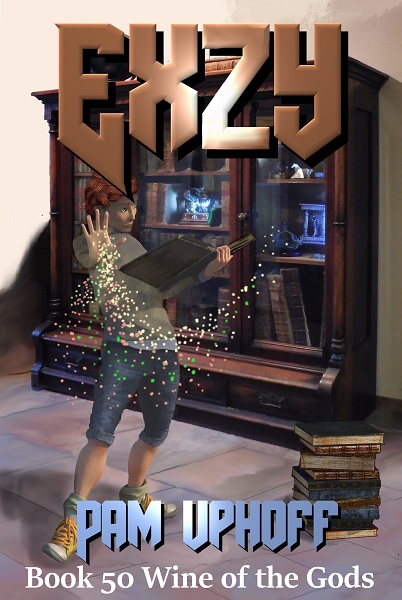