The Ambassador nodded. “I suppose, since the . . . motive force was applied from the Earth Embassy, but the Bishop didn’t actually die until he hit the street outside our jurisdiction, the question of authority is uncertain.”

Lon nodded. “Most of the investigation will, of need, take place in the either the Earth Embassy or the Not Fallen embassy. We will accept the leadership of whichever embassy we are on. And . . . perhaps we should all assign people who were not there last night.”

“I’ll talk to my people.” Montgomery looked around at his own staff and guards.

Ambassador Amin glanced over his shoulder. “Collier? See if you have anyone who was both not there and has investigative experience.”

Lon thought about his own rather small pool of investigators . . . “Hanger and Albretch . . . anyone else with police experience? Right, we’ll recall them both, just temporarily, for this.”

Miles turned his attention back to Collier, who was eyeing him speculatively.

“I was a detective in the Miami PD for two years before I went federal. I’m rusty at criminal investigations, but experienced.” And I suspect he knows that means I’ve been investigating political figures, for political purposes.

“Right. You for sure, and I’ll assign others at need. Let me know if you need someone with more recent criminal investigation.”

“Yes, sir.” He looked back toward the podium, where the Earth Ambassador was talking quietly to the Disco people, nodded and walked out.

Director Hackathorn stepped over to Ambassador Amin. “The Earthers will send over their raw surveillance data, we’ll take a first look, and decided how to procede. So send over a few people for this, which . . . well, I won’t speculate at this point. But I hope the incident is clear and uncomplicated.”

“Indeed.” The heavy man shook his head. “I was up there and didn’t see a thing . . . I think one of the women staffers saw something. Sister Mary Elizabeth. She raised the alarm.”

“Thank you. We’ll talk to her after we watch the surveillance recordings. I believe it’s police procedure to not let a witness see or hear other witnesses, to keep their own memory fresh, and not let their imaginations weave in anything else.”

“Hmm, yes. I’ll keep her moderately isolated, and the investigators can speak to her at our embassy, such as it is.

The surveillance recordings were . . . of a party with many wandering guests. The top floor was used for many purposes, such as this party. The floor was open all around the outer glass wall, and centered on the elevator shafts, public restrooms against the side wall of the elevator shafts on the east, a small kitchenette and serving area opposite that and a sweeping staircase up to the roof on the south side.

In the mild weather, at least half the guests had been up on the roof admiring the sunset, the light sparking off the ocean. The spectacular view up and down the coast. Or the mountains on the horizon to the north and east.

Bishop Hatterus had been looking north, both hands on the parapet, leaning a bit of weight on them. People walking back and forth between him and the recorder. Until he wasn’t there when the crowd thinned. And Mary Elizabeth Kent running up and looking over . . .

“So she saw him go over.” Miles bit his lip. “Let’s start by backing up from there and making a list of all the people who walked by just then.” 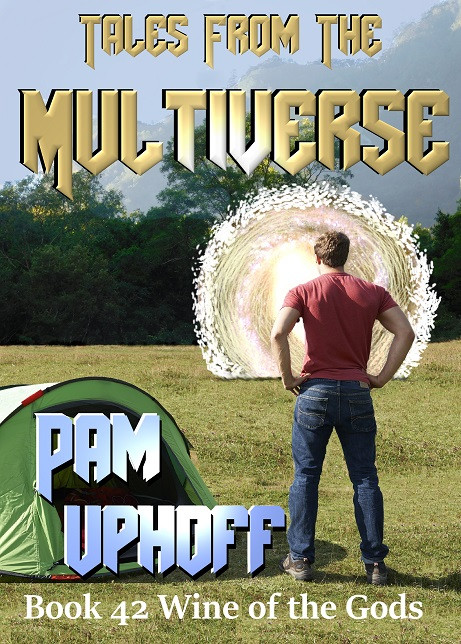